Outside-the-Box Kids Made to Thrive

Adoption of an Outside-the-Box, High-Needs Child

My hubby and I adopted a baby boy almost 6 years ago.  When our son hit 18 months, he began to destroy our home and our family.    His horrific and uncontrollable behaviors included aggression, destruction, and dangerous thrill-seeking behaviors. He screamed ALL.DAY.LONG. for about 3 years straight. Did not sleep more than two hours a time for almost a year and a half… that, of course, made things astronomically worse.

However, God used this 4 year experience of HELL in our desperate fight for answers.  He worked through relationships with amazing pediatric specialists.  God forced me into my own season of Christian counseling as I faced my own internal junk. tHe allowed this all to completely transform me as a Christian mother, wife, friend and educator.

And that transformation completely SAVED my relationship with my biological daughter.  Honestly, I believe it has saved her life.

At the time that we adopted my son, we had no idea that our daughter was an outside-the-box kid longing to thrive.  We didn’t know that she was an Aspie girl.

For years, I tried to make her into a social butterfly like her older sister and me.  I didn’t understand why she way so “shy.”  I worried about her heightened-sensitivity level.  Her tears, her emotions… I wanted to “fix” her.
When she would not do what I wanted when I wanted it, I would become frustrated with her…

And she felt it… she felt my disappointment and the disappointment of others when she could not be who the world says a young girl should be.  It kills me to think about what she must have felt about herself knowing that she was different from her sister and a lot of the children we were surrounded by on a daily basis.

It is not the being different that likely made her feel less-than.  Nope, it was the messages she was receiving from the world around her, most importantly, in her own home.   The messages that told her she needed to be someone who God never intended for her to be that could have destroyed her life.

Circling back to 4 years of hell with my adopted son.  The education and humbling that I experienced, radically has changed me as a human being.

And, by God’s mercy, I am convinced that it saved my daughter!!

I fight the tears right now as I think about what she would have felt and believed about herself if I had continued parenting her with the idea that she needed to be someone different.  Someone who the world wants to be.

But they do not have to!

Our outside-the-box girls are EVERYWHERE!

That their interests are “weird”… that they must change to be accepted.

That they must shove their outside-the-box selves into the one-size-fits-all facade that we have believed is the “right” way to live.

These outside-the-box kids do not thrive like this.  They often don’t even survive.

They hide. At home. Alone.

There are likely millions of outside-the-box kids out there who are not thriving.

Why are we forcing  so many gifted, loving, talented and brilliant people onto the hamster wheel of mental illness?!

‘I always screw up.’

‘The teacher is mad at me again.’

‘I said the wrong thing.’

‘The noise was just too much and I couldn’t handle it.’

‘I cannot focus in a room full of other kids.’

‘What is wrong with me?’

The messages that our children consistently receive from the world are most often the ones that plague them for the rest of their lives.

How many more kids have to scream for help through drug-abuse, cutting, suicide, etc before we take a good look at this one-size-fits all system that is FAILING so many children?

We say that we value diversity in this country and yet we have a system set up for one type of child.

Our kids have gifts and talents and hearts that just want to love and be loved.

Often times, we try to raise our unique kids using the “world’s” expectations as our goal…

When our young kids cannot take it any longer, they explode… often times behaviorally.

I have learned, by God’s grace, that our children are gifts to this world and need to be raised in a way that allows them to thrive and shine.

Community of Moms Willing to Do it Differently

We must do this in community. We need one another to be brave for our girls… for all of the outside-the-box kids who are wired-differently than the world wants them to be. But again, what in the world is “different” when there are millions and millions of them in this world?!

I just want you all to know that there is a different way and I am rallying moms of outside-the-box kids to be BRAVE and do this parenting thing differently. 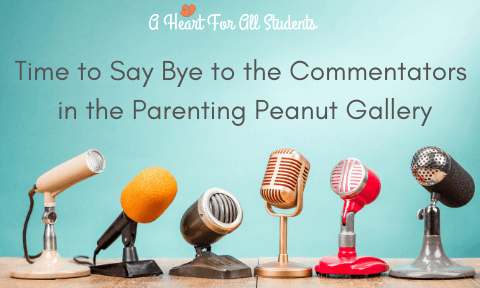 We must stop being afraid of what the parenting commentary peanut-gallery people think of us as parents. We have to not care what the “experts” say if it is going to destroy the adulthood of our children.

These girls will spend roughly 75-80% of their lives as adults. These years matter. What they believe about themselves matters! They will carry this childhood with them into adulthood. We all do.

Let’s do this differently, Friends.

Rallying a Community of Moms

Please join me in this. I recently laid aside my side-business as a private tutor for kids with varying learning disabilities (again… they just learn differently that the system tells them they should…).

I did this to start an organization to equip moms to confidently parent their outside-the-box kids for a life of confidence and purpose.

I am rallying moms all over the country and the world to learn how to see Behind the Behaviors so they can “see” the true needs for their children. Then I equip them with tools, strategies and steps so that they can equip their outside-the-box children well.

Let’s equip these precious kids (our girls, in this instance) with what she needs to take the next step towards her amazing future.

I believe we must do this in community, Moms.   Join the private Facebook group, a community of moms partnering together to raise THRIVING outside-the-box kids.

I cringe when I think of what could have been with my daughter if I had continued following on the path of traditional discipline and parenting with her.

My son is thriving.

Not because of me… but because of God and  how He has taken the lies I have believed for so many years.

The lies that told me that my value came from my children’s behaviors.  The lie that told me that if my child wasn’t behaving according to the culture’s expectations at one given moment-in-time, that I was a failure and that they would end up a mess.

Fear is a LIAR

I am a Christian.  I put my faith in Christ.  As such, I know that we have an enemy who would love nothing more than for me to look to the benchmarks and expectations of the world to dictate who my children “should be.”  The reality is though, that our children are each “wonderfully and fearfully made” and that God has a plan for each one of them.

Why can’t we trust that God has a plan for our children that may not look like every one else’s plan?  Why does every child have to be and act in the same manner in order to have value and develop confidence?

Let’s not fall into FEAR-based parenting… for the sake of our children.

Clearly with the mental health stats for kids off the charts, it makes perfect sense that we as moms should feel pretty confident that there MUST be a different and more effective way to equip our children.

Imagine a happy, thriving Aspie daughter who knows her worth… who finds her people… who knows that mom is in her corner and believes in her fully.

Imagine that same scenario for thousands and thousands of children throughout the country.  Imagine what they could do if they were encouraged to be who they have been created to be and equipped accordingly?

Oh my word… I cannot wait to see what God does with these amazing children He has so uniquely made.

Yes! I want in with other Moms on a mission to Raise thriving Outside-the-Box kids

What about you, Friend?  Does this idea of parenting our more outside-the-box kids differently resonate with you?  Would love to know more about you and your family.  Comment below.  Grateful for you.

Grab the Free Behind the Behaviors Bundle! 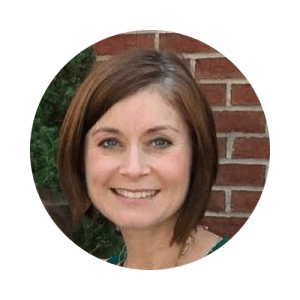